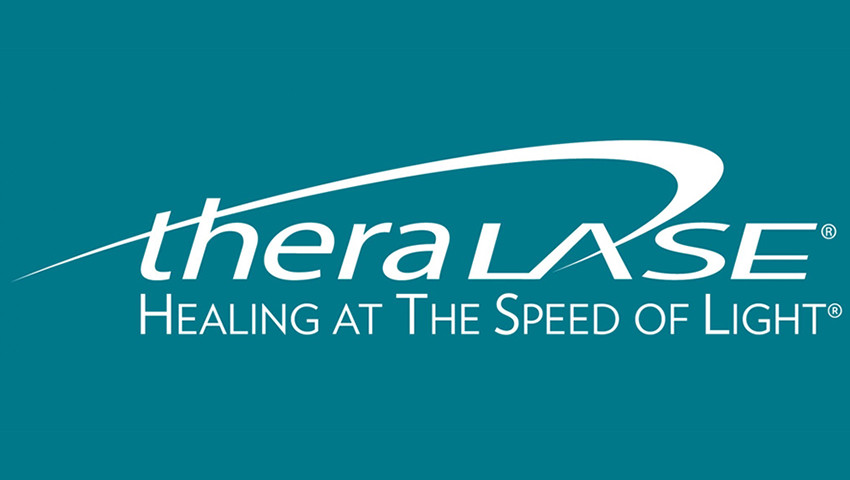 Theralase laser therapy is safe, effective and painless, with results which are often immediate with no side effects. Efficacy rates in excess of 90% are routinely achieved.

Non Toxic / No Side Effects
Theralase laser therapy is non toxic and painless, with results which are often immediate with no side effects.

Non-invasive and extremely safe
Theralase laser therapy is non-invasive, the lasers used for tissue stimulation are not strong enough to damage cells; so even if they were used 24 hours a day, they would not be able to cause any harm.

Faster wound healing and closure
Reduces the formation of scar tissue following damage from cuts, scratches, burns or surgery and allows the reabsorption of fibrotic tissue already formed through biostimulation of collagen during the remodeling phase of healing.

Theralase lasers offer treatment for acute and chronic pain conditions, addictions, and cosmetic revitalization. Our lasers help you regain the active and healthy lifestyle you yearn for by utilizing the power of light energy.

Pain Management
Pain is believed to originate from an ionic differentiation of potassium (K+) and sodium (Na+) ions across a cellular membrane. Theralase 905 nm super-pulsed laser technology increases cellular membrane permeability and causes a reabsorption of sodium and expulsion of potassium molecules, removing the gradient and thus the pain signal at source.

Anti-Inflammation
LLLT has an anti-oedemic effect, as it causes vasodilation, but also because it activates the lymphatic drainage system to drain interstitial fluid (drains swollen areas).

Anti-Pain (Analgesic)
As a result of reduced inflammation, there is less oedema and therefore less pain. LLLT stimulates vasodilation and lymphatic drainage, which increases the reabsorption of pain-causing products. LLLT delivers 905 nm super-pulsed infrared wavelength light, which is absorbed by the bi-lipid layer comprising the cellular membrane and thus regulates the nerve cell’s sodium-potassium pump. This pump maintains the potential across the membrane of a nerve cell, which leads to pain transmission signals. By regulating the pump, transmission of pain signals from the area can be eliminated.

Anti-Aging
Theralase advanced anti-aging system is designed for facial rejuvenation and the treatment of various dermatological conditions. This non-invasive system erases years of lines and wrinkles without surgery or painful recuperation time. By combining laser/acupuncture facial points and both near infrared and visible red light, treatments optimize skin health and appearance through the production of collagen and elastin, both essential to healthier more youthful skin.

How Does It Work?
Light therapy has been shown to improve vascularity (circulation) by increasing the formation of new capillaries. New capillaries speed up the healing process by supplying additional oxygen and nutrients needed for healing and stimulate the production of collagen. One of the secondary mechanisms of light therapy is increased collagen synthesis. Collagen is the most common protein found in the body and is the essential protein used to repair and replace damaged tissue. It is the substance that holds cells together, along with elastin, thus forming a high degree of elasticity. Increasing both collagen and elastin production will decrease scar tissue at the injured site.

Addiction Rehabilitation
Stop smoking, through stimulating specific points in the ear causing the brain to release neurotransmitters (such as endorphins and dopamine) that help to break the addiction cycle. Theralase combines treatment with behavioural modification addiction counseling and nutritional guidance to create programs with a very high rate of success.

Using the principals of ear acupuncture (auriculotherapy), targets specific ear points to induce the brain chemistry to release neurotransmitters such as dopamine, serotonin and endorphins (the pleasure chemicals of the brain) to travel to different sections of the brain, which help to break the addiction cycle. The nucleus accumbens mediates the release of the neurotransmitter dopamine, which underlies pleasure and relaxation. But the dopamine itself is released from the ventral tegmental area (VTA), another contender for the title of “pleasure center.” The VTA releases dopamine to the nucleus accumbens, the prefrontal cortex, amygdala, and septum, all of which play an important role in what is called the reward circuit. When an acupoint (an acupuncture nerve point) is stimulated, the brain releases neurotransmitters that eliminate cravings from addiction withdrawal. This technology, coupled with Theralase’s behavioural modification addiction counseling and nutritional guidance, has a very high rate of success.

Arthritis
No clinically tested modality is proven to be more effective for arthritis. While arthritis is a chronic condition without a cure, Theralase therapeutic laser treatments can provide substantial relief from symptoms by reducing inflammation of the joints, eliminating pain, increasing range of motion of the joints and improving immune cell production and efficiency.

Theralase lasers reduce inflammation in arthritis-affected joints by stimulating the lymphatic system, which drains interstitial fluid from tissues located in the injured area. Laser treatments also regenerate immune cells (lymphocytes). The lymphatic system carries these lymphocytes to the injured area where they excrete bioenergy used to destroy infection. When Theralase empowers the lymphocytes, each cell releases more bioenergy making it a better combatant.

A Theralase super pulsed laser has the unique ability to penetrate tissue up to 4″ below the dermis – 5 times further than other laser systems – treating deep chronic arthritis conditions commonly found in the knees and shoulders.

Wound Healing
Laser treatments accelerate each of the three phases associated with the natural healing of wounds: inflammation, proliferation and remodeling. The result is a reduction in pain, inflammation reduction, increased stimulation of connective tissue (granulation tissue) and increased capillary production (angiogenesis) leading to improved blood flow during proliferation.

Inflammation
Despite the pain associated with this stage, the inflammatory phase is necessary for tissue repair. First, in the area of the wound, there appear platelets and white blood cells to coagulate the blood and stop blood loss.. Next, anincreased number of macrophages clean the area and remove dead tissue by engulfing and destroying foreign matter and damaged cells. Macrophages also release products (known as “factors”) that stimulate proliferation – the second step of wound healing.

Proliferation
This is the formation of “granulation tissue”. There is an activation of fibroblasts and angiogenesis. Angiogenesis is the production of new capillaries (small blood vessels). Fibroblasts are connective tissue cells that form the basis of new tissue. A special kind of fibroblast is the myofibroblast. This cell can contract itself like a smooth muscle cell and in this manner diminish the surface size of the wound.This process is known as collagen synthesis.

Remodeling
This is the final step of wound contraction, where the tissue starts to contract and return to its normal appearance.

What happens when a laser is placed on an open wound?
Laser treatment accelerates the different healing phases, preserving only the necessary components of the inflammatory phase, resulting in a shorter inflammatory reaction causing less pain. Laser stimulates the fibroblasts during the proliferation phase, speeds up angiogenesis and causes temporary vasodilation (blood vessels increase in diameter).
Greater blood flow equals more efficient delivery of oxygen and fuel molecules to the area and a faster removal of waste products; thus allowing a greater production of adenosine triphosphate (ATP) – the basic energy source of a cell. In angiogenesis, the final result is a greater production of blood vessels through the growth of new tissue. Laser also accelerates the absorption of a haematoma through the stimulation of prostacyclin.

How do therapeutic lasers work?
Therapeutic medical lasers heal tissue ailments by injecting billions of photons of visible and /or invisible laser light deep into tissue structures. Tissue naturally contains protein strands called chromophores and cytochromes located in the mitochrondria of a cell, which have the unique ability to absorb laser light energy and transform it into chemical energy for the cell. This chemical energy is utilized by the tissue to significantly accelerate the healing process and reduce pain in the body naturally.

What is the difference between normal light and laser light?
The major difference between laser light and normal light is the laser beam’s ability to travel long distances without being dispersed. This is known as coherence, and it enables the laser to focus its power within a small circumference. Pulsated laser light has been shown to have a strong therapeutic effect on cells and muscle tissue. A Theralase cold laser, for instance, doesn’t produce heat or cut organic tissue like industrial lasers or surgical lasers. Instead, it pulses a focused or culminated light beam at body tissue (bone, skin, muscle, etc.) which in turn has profound beneficial effects on the functioning of human cells the building blocks of the body.

Are there any harmful side effects or contraindication?
No, although one must never shine the laser directly into the eye. Otherwise, we recommend that laser devices not be used on the abdomen of a pregnant woman, in the presence of photosensitive compounds or directly on any cancerous tissue.